Peach bread is layered with butter, cinnamon, brown sugar and then studded with ripe peaches.  The bread gets rolled up like a traditional cinnamon swirl bread before being topped with delicious cream cheese glaze. It is the perfect way ode to summer!  This is a yeast bread that you can make in the traditional way or using a bread machine to make the dough in minutes! 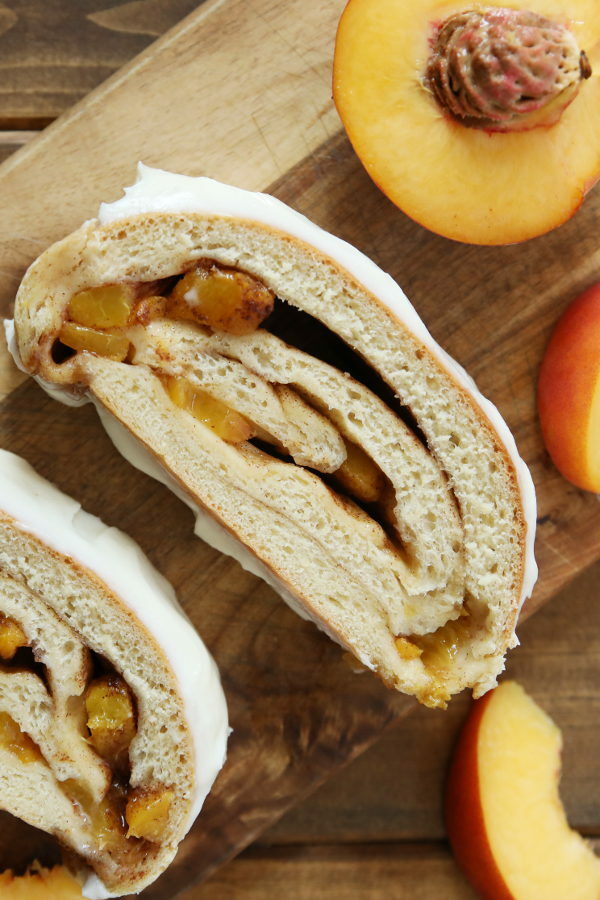 I grew up next door to a peach orchard / fruit stand. Every year we were allowed all the wind fall peaches we wanted and it was glorious!  When a peach falls from the tree it has hit a perfection of ripeness that won’t last even a few days.   When you are lucky enough to have perfect peaches you need this bread recipe!

Is it Peach Bread or a Cinnamon Roll?

This peach bread is the peach version”of a cinnamon roll in loaf form. It is rich with cinnamon, butter and brown sugar. Best of all? It is chock full of yummy, ripe peaches and slathered with cream cheese glaze.

I like to make special breads frequently so I use a bread machine to simplify my prep. Bread machines are not that nice for baking bread but they are amazing at making wonderful dough! It takes about five minutes to put everything into the machine.  90 minutes later the dough is all prepped and ready to go.

Take the dough out of the machine and shape it as you like. I make my amazing cinnamon rolls this way and my cast iron skillet bread.

My favorite moderately priced bread machine is by Oster.

Amazing peach bread hinges on amazing peaches. I find the best peaches are picked fully ripe off a tree and used right away. However, if you can’t get farm peaches try buying any peaches you can find that smell like peaches! Leave them on the counter until they are as sweet and ripe and soft as you can get them. Leaving them in a sunny place on the counter can help if the fruit is too green.

A fully ripe peach is so soft it bruises at the touch, smells strongly like PEACH, and is soft to the touch. Heads up it is bad manners to squeeze fruit you are not going to buy to test for softness – this is extra bad manners at a farm! 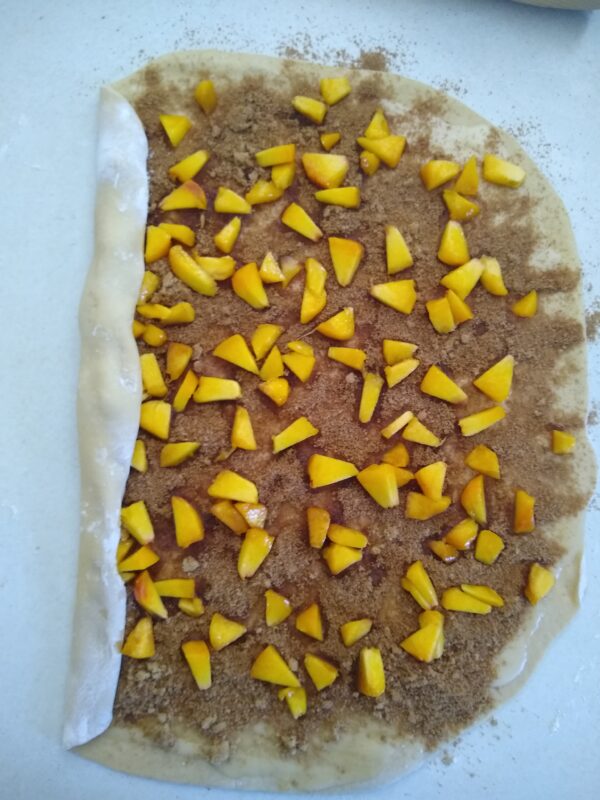 No wonderful sweet bread is complete without an excellent glaze! I’m using a sweet, cream cheese glaze here to compliment the rich flavors of butter, cinnamon and ripe peaches.

Cream cheese glaze should be thick and creamy with plenty of cream cheese flavor. Traditionally it is made with powdered sugar and cream cheese. I use a touch of salt and some vanilla to bring all the flavors together.

If your cream cheese is cold out of the refrigerator warm it for about 30 seconds in the microwave and it will be ready to make delicious dough! 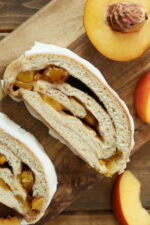 To Make The Dough In A Bread Machine

To Make The Filling

To Assemble The Bread

To Make The Glaze 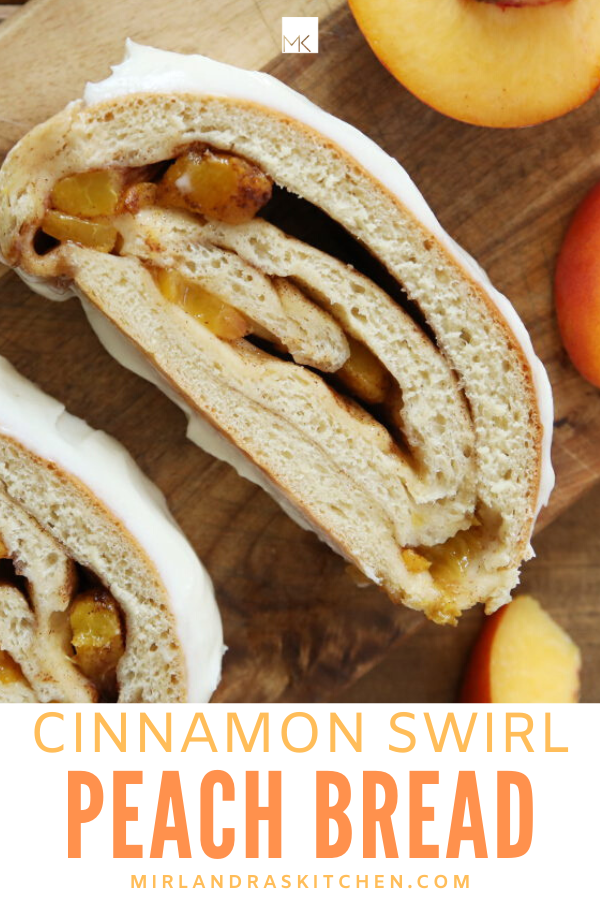 This recipe was originally published in August of 2015. It has been updated with new photos and content. 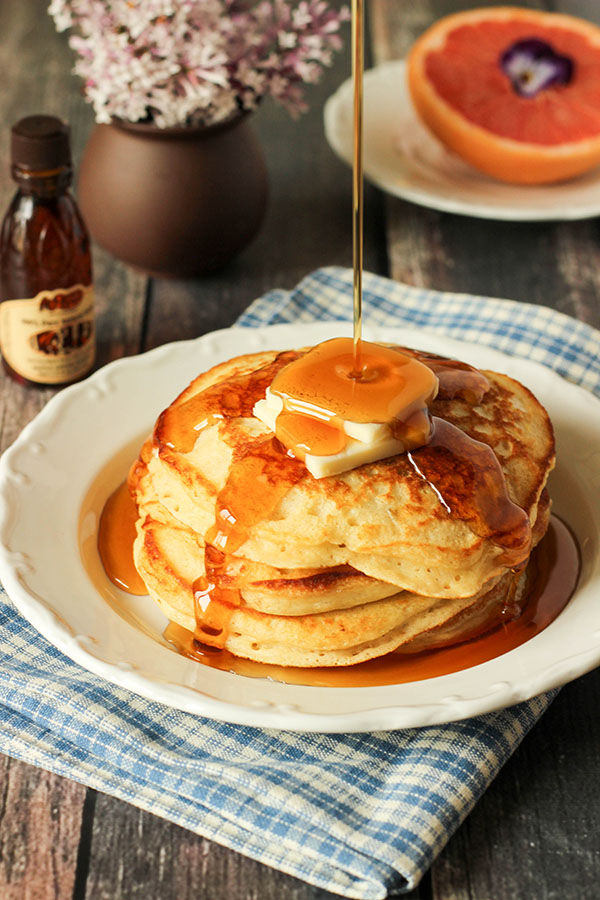 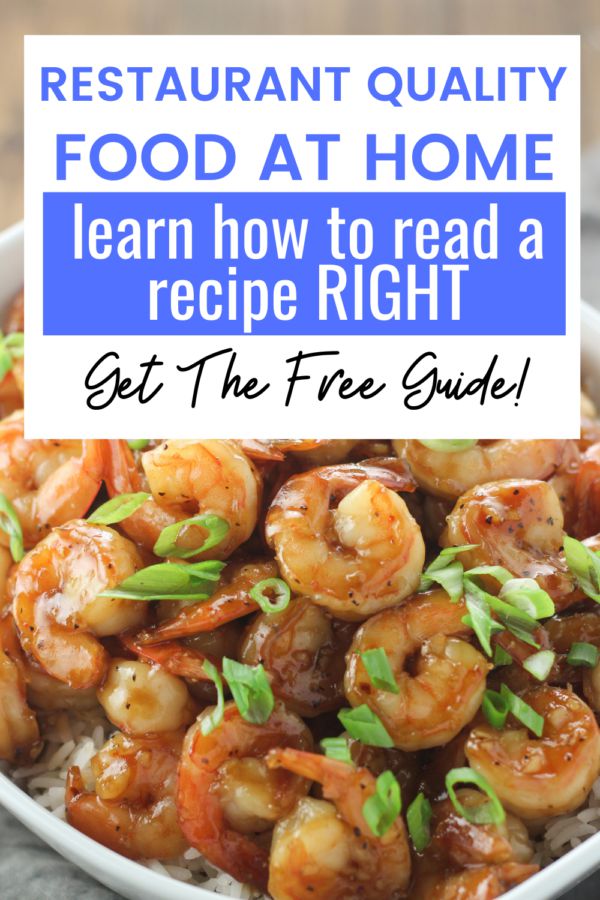 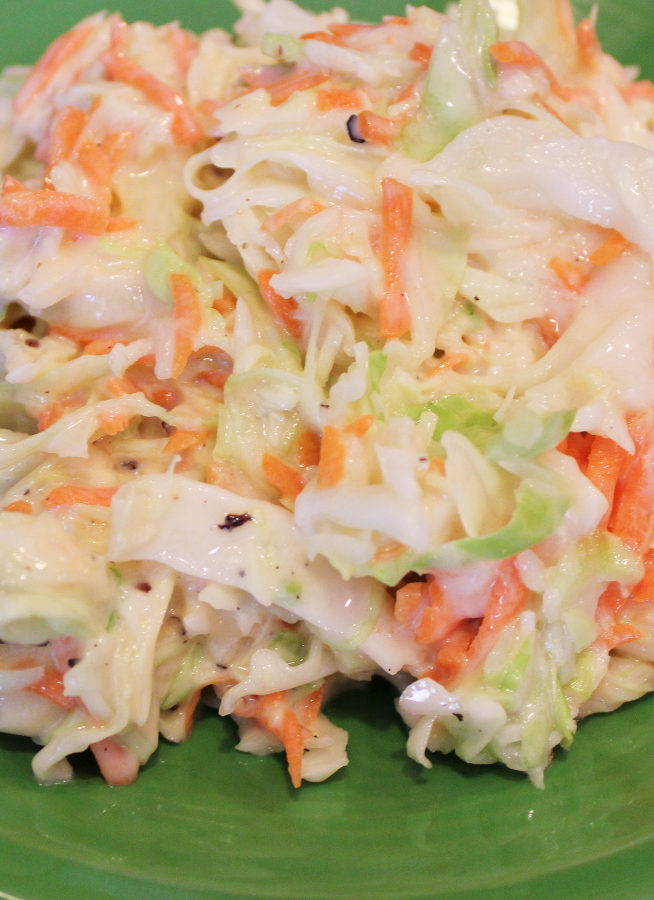 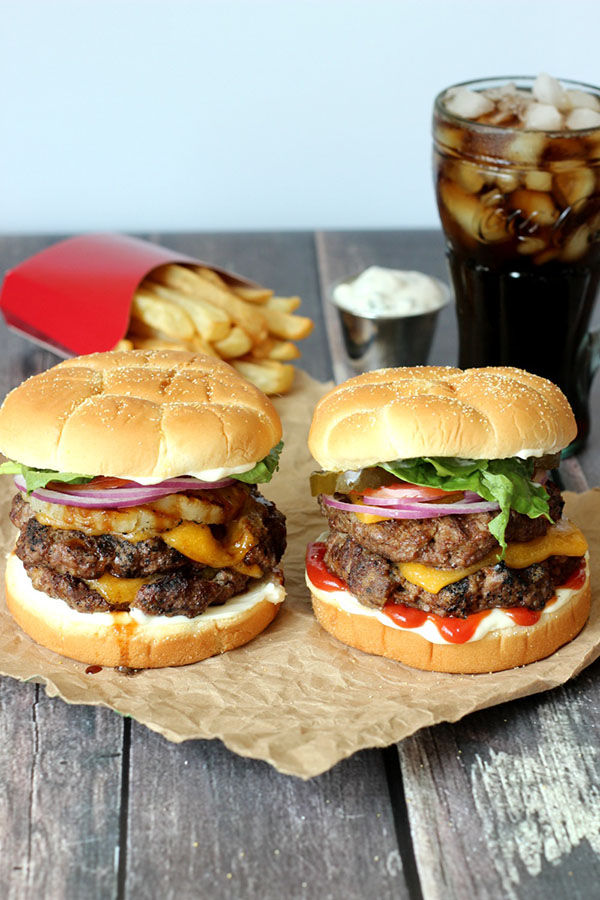