Our beautiful daughter, Elora Rosealyn Lionheart Neuneker (Called Ella for short) arrived on Friday, June 15th at 6:06pm via c section. She was pounds smaller than her big brother at 8lbs 4oz and a smidge shorter at 21.65″. She arrived in fairly dramatic fashion but thankfully all is well that ends well! She and I both went home from the hospital in great health!

Many of you were praying for us during the time of Ella’s birth and we wanted to share her birth story and some pictures here for you to enjoy! (Our son’s birth story is located here.)

The week leading up to her birth was unexpected and difficult. Jack, Jonathan and I all came down with some sort of stomach flu. The guys bounced back pretty fast but I didn’t get off so easily.

I had my colon taken out back in 2014 after a protracted fight with Ulcerative Colitis. Usually I manage to live a really healthy life without it but the combo of pregnancy and a stomach bug did me in.

I got sick Sunday night and first thing Monday my OB tried to re-hydrate me as an outpatient. I was too week to even walk into his office at the hospital and Jonathan ended up putting me in a wheel chair. We spent hours at the hospital. They put bag after bag of fluids into me, installed a PIC line for IV access, and sent me home with 1.5 weeks until our scheduled c section. Just a few hours later I had already lost more fluid than the IV had put in so my OB admitted me to the hospital to try to get things stable.

Family and friends passed Jack around and brought him to the hospital to visit. After a few days I was considered stable and baby was still healthy so home we went to wait out the last week until our c section. No such luck.

Fairly shortly I was so dehydrated I was starting to see things on the wall that didn’t seem to actually be there. Jonathan came right home from work and back we went to the hospital. I hadn’t even made it 24 hours at home.

Doctors spent the next few days testing random “just in case” things, running down all the possibilities and pumping me full of an insane quantity of fluids. Nobody even considered sending me home! By Friday my lab work showed serious stress to major organs. My OB is a very experienced high risk OB but he consulted a specialist that morning and they felt the best option was to go in that evening, get our daughter out safely, and see if I might start bouncing back. If nothing else they felt I had more options if baby was safely out. We were a little bit sad to miss having her on June 19th so she could share her birthday with her Daddy but getting her out safely was all that mattered in the end.

Jack kept couch surfing and while he was holding up very well it was not an easy week for him! Jonathan went home to get the camera and I got a quick shower in. After a c section it is several days before you are really up to a shower usually!

Ella was our 2nd planned c section. We both knew the drill decently well. Usually they grab the baby, clean it up, and very quickly you get to hold your new little one while they are finishing up all the stapling and surgical stuff you don’t want to think too much about!

Ella came out crying and giving her two cents but they didn’t bring her over. It quickly became apparent something wasn’t quite right. Doctors were calm and efficient, putting her on a breathing machine and explaining to us her respiration wasn’t what it should be.

Nobody makes preparation for their baby to be whisked away in an unknown level of crisis. If you had asked me in the weeks leading up to birth I would have told you that having my baby taken away from me to the NICU would be terrifying and devastating. But two things changed all that.

The first was Meg Collins. Meg blogs over at Lucie’s List and sends out a series of emails through pregnancy and the early years of your child’s life that are amazing! I signed up during both of my pregnancies and it was a Godsend. One of her final emails before Ella’s rather unexpected arrival was on what to do if your baby ends up in NICU. I read that email as I had with the others and it prepared me for what I never thought I would have to be prepared for.

The second was Jesus. If you have been a reader for any time at all you know I’m a God girl. In a matter of minutes I had to kiss a daughter goodbye that I had not even gotten to hold. Doctors whose names I didn’t know took her tiny unnamed person away and we had no idea how sick she was or what the outcome might be. These should have been some of the most terrifying moments of my life. Instead they were deeply peaceful.

Thanks to Meg’s preparation I knew to send Jonathan with our daughter to watch over her. He was not thrilled to leave me in the operating room but we knew it was the right thing to do. I knew he might need to make quick choices about our daughter’s health care so I told him that I trusted him completely to do whatever needed to be done, reminded him this was a matter for prayer, and told him to call me as soon as he had news. In those early hours without my husband or daughter and later during the night she spent in NICU I had perfect peace. I wasn’t scared or upset or agitated. I got plenty of sleep and by the next afternoon our sweet Ella was out of NICU and in our room!

The night she was born all of heaven was lit up! We had a beautiful view of it from our hospital room. I’m convinced there was a party in heaven rejoicing for the future of our powerhouse daughter!

We spent a normal few days in the hospital recovering from the c section and got to take our daughter home right on schedule. She has been perfectly healthy and thrived ever since!

Jack was a very engaged and loving older brother from day 1. He loved getting her a “bunny mouth” (his name for her pacifier because some had bunny pictures on them). He is still a kind and generous brother even as she has started destroying his train tracks as a full on crawler.

Just shy of two months Ella got to enjoy her first camping trip. She loved lying in the wagon bed and looking up at the trees. She joined us for hiking and snuggled up warm at night in-between us in a King sized sleeping bag. That weekend is one of my favorite memories of her first year.

I thrived after the c section and was loving getting back to life and work after a hard pregnancy. I started developing recipes and writing posts. Jonathan headed to Israel for a work trip and I drove the kids out to Oregon to spend some time with my side of the family while he was gone.

The last few days before I drove over I felt really crummy. I thought I had eaten something at a restaurant that wasn’t good or maybe had some low grade tummy bug. But the day after driving the kids 500 miles across the state I was in so much pain I could barely walk.

My doctors at home recommended I go to the local ER right away just in case. I really hate the hospital in Corvallis but I needed medical care so I left the kids with my family and drove myself over.

The diagnosis was a hernia – not a big one but one that needed surgery sooner rather than later. Doctors told me not to lift Jack at all and to cancel the rest of our trip. Jonathan was scheduled to fly into Portland and spend some time with us on a vacation at the coast. Instead my brother and his wife and kids helped me drive back to Boise so I could meet with doctors and Jonathan headed back to Boise when he was wrapped up in Israel.

To be perfectly frank it absolutely sucked to cancel our family time and our vacation to head home and wait for an open spot in the surgery schedule. It took more than a month to get in with a surgeon and in the end it was a harder surgery than we anticipated.

Friends and family graciously passed our kids around while I recovered from surgery. Finally almost two months later I was strong enough do some basic things. We even managed to reschedule our Oregon Coast Vacation!

We took the kids out to the beach to dig in the sand. We ate all the wonderful seafood. Ella has had just about every kind of seafood you can get on the coast and she loved it all! Crab and shrimp seem to be favorites.

We took them crabbing and Jack got to experience the pure joy of catching his dinner and then cooking it up an hour later. We talked to the sea lions lying on the doc. We curled up in a cozy little Air B and B that Jack nicknamed “the little house” and baked cookies and watched movies and enjoyed the slow pace of quiet days.

Looking back at the last eight months since our Rosie Girl arrived I’m still rather in awe of all that took place! It seems too soon to start planning a unicorn first birthday party but really it is right around the corner.

I’m mostly recovered after surgery but I do have some lingering pain and I’m not back at full strength yet. The doctors tell me I should be at 100% in April and I very much look forward to that!

Thank you all for your kind prayers and well wishes. I’m so honored to have you in our lives and in my virtual kitchen! 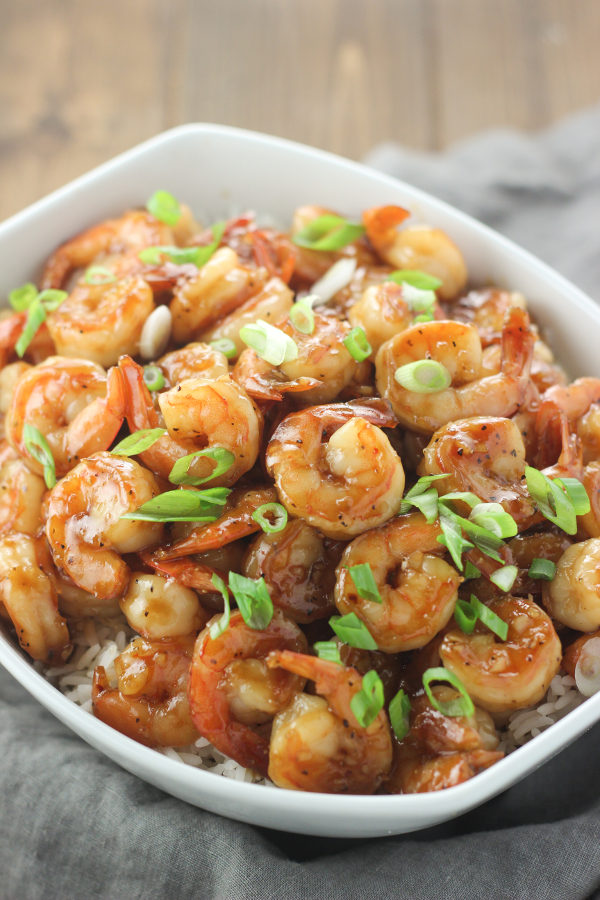