Tired of the same old ham glaze? Try an easy sweet glaze made from cookie butter! This recently popular spread has all the right flavors and spices to compliment a ham. Check out the recipe for tips and tricks to picking out the perfect ham to glaze. Prepare to laugh at me.  Cookie Butter Glazed Ham came about because Jonathan’s team at HP challenged me.   A challenge is just a grown up dare.  Apparently the 13  year old girl that once swallowed a live minnow is still alive and well somewhere inside of me!

A  few weeks ago Jonathan came home from work with a new recipe idea.  J and I have been cooking together for the better part of a decade and I’m pretty used to this  – and to the concept that many of his food ideas come under the heading of outlandish.  But I also can’t deny that many of them are also quite good – and often better than they initially sound.

So – will it potluck?  YES!  Most people had never heard of cookie butter but they really enjoyed the ham with a cookie butter glaze.

It is different and unique but it is also delicious!  And I love the idea of making something new that none of the guests have had before!  Also it happens that Easter Sunday 2018 falls on April Fool’s Day…  This really might be the year for a yummy but totally different ham!  Nobody will know if you are having a joke or serving a wonderful dinner until they try it!

Have a great week.  Thanks for stopping by to cook with me!

Tools In This Post:  When you cook a ham with the face smack down on a glass or metal pan the meat cooks unevenly.  You need some sort of rack to place the meat on for air flow.  I like a pan like this because I can use it for ham, turkey, prime rib and all my other roasting needs. 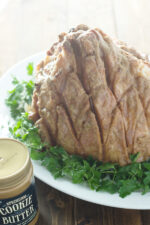 Tired of the same old ham glaze? Try an easy sweet glaze made from cookie butter! This recently popular spread has all the right flavors and spices to compliment a ham. Check out the recipe for tips and tricks to picking out the perfect ham to glaze.  (Cook time depends on size of ham.)
Course dinner
Cuisine American
Prep Time 10 minutes
Resting Time 15 minutes
Total Time 10 minutes
Servings 15
Calories 202kcal
Author Mirlandra

Choosing a Ham: Water Content - Always read the label before buying a ham. Many have a large amount of water added which means you are buying a lot of water and less meat. For this reason I often choose the Kirkland spiral cut ham at Costco. It is labeled as a “natural juices” ham which means it has less than 8% additional water from the brining process. It is still tender and juicy after roasting. A Cooks ham can contain 23% added water which means that ¼ of your ham is actually water. Also the more water in the ham, the less like lovely ham flavor you get. Type of Ham - Hams come as giant full hams with shank and butt end attached – usually about 15 pounds! Or they come as either shank or butt. The Shank portion has more fat and is easier to carve. Many people prefer the flavor of this because of the additional fat. The butt end is usually leaner but more difficult to carve because of the bone structure. You will have to get in there a bit with your fingers. 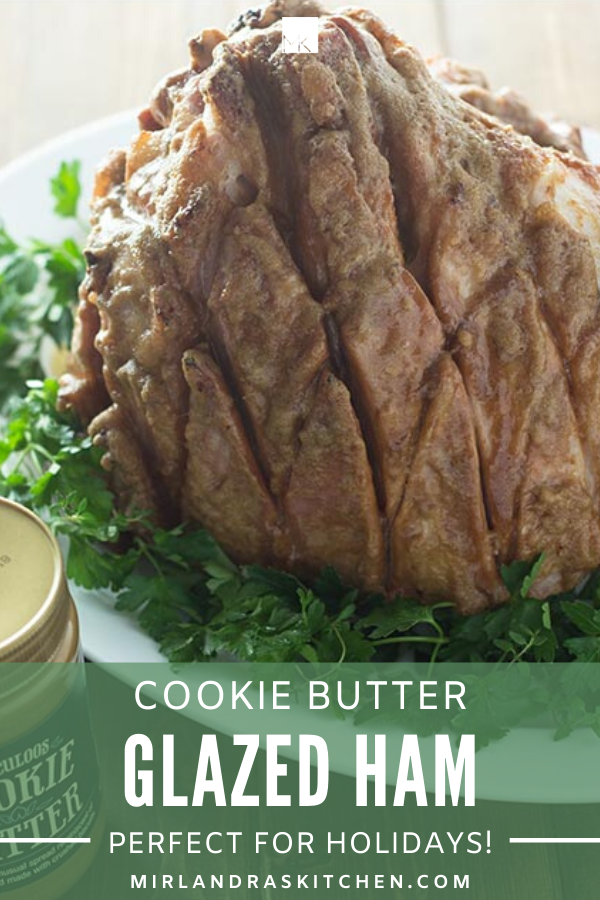 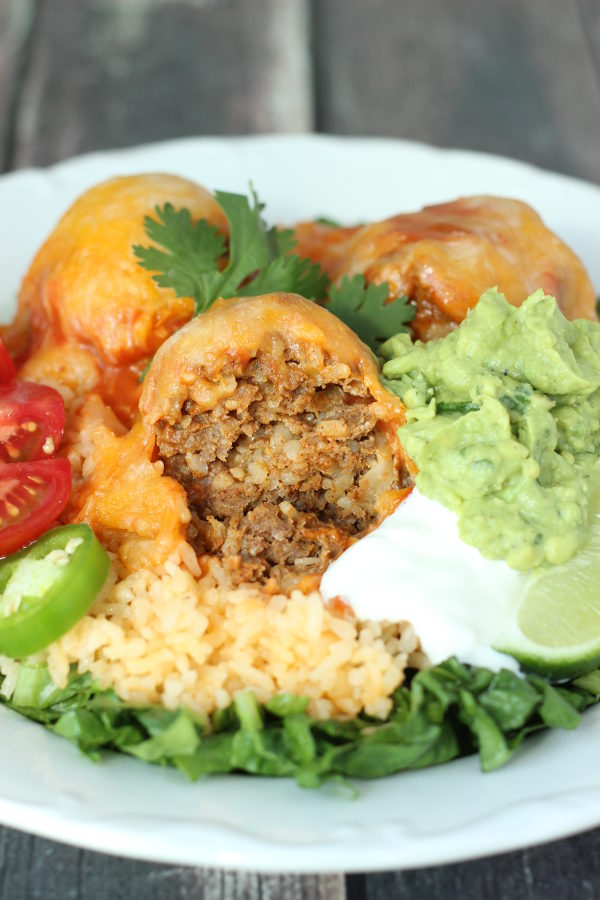 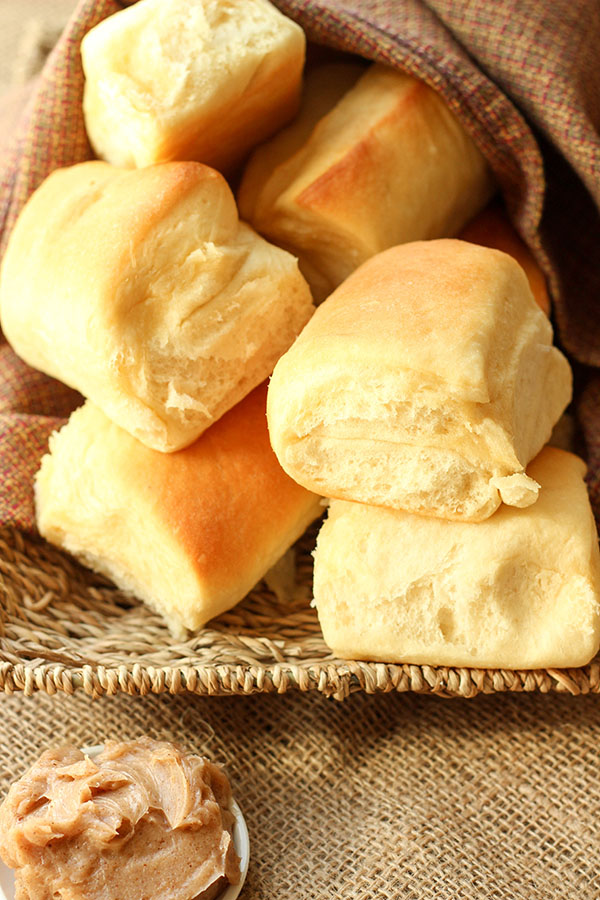